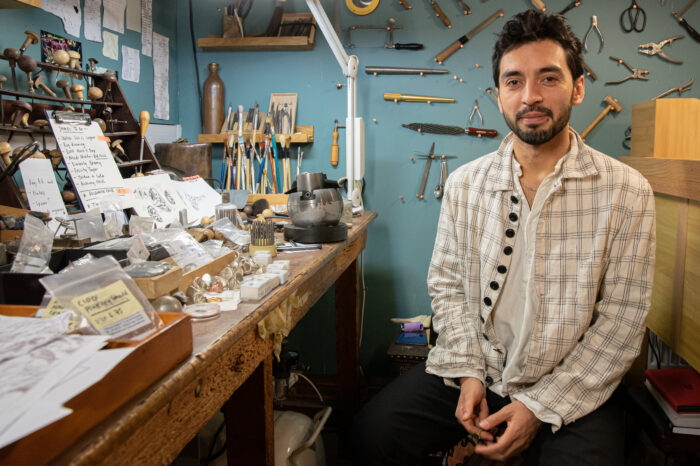 Castro started training as a painter and printmaker. His illustrative and painterly style comes through in the design of his rings. His artwork is inspired by history, myths and biology - having always been obsessed with creatures and their creations.

He thought he was heading for a career in computer game design, but when he saw an advert for an engraving apprenticeship in Hatton Garden, the historic jewellery district in London, he applied, thinking it would be a good way for him to continue his passion for illustration.

He began his training with a traditional apprenticeship with the Goldsmiths' Company and studied with one of the largest engraving firms RH Wilkins. His style developed when he was rushing for a deadline early in his career. He made a couple of slips with his tool and had no time to restart. So, he engraved around the whole piece with seal engravings, so purely by accident, his aesthetic evolved from a slip.

He now sells to an impressive international client base.