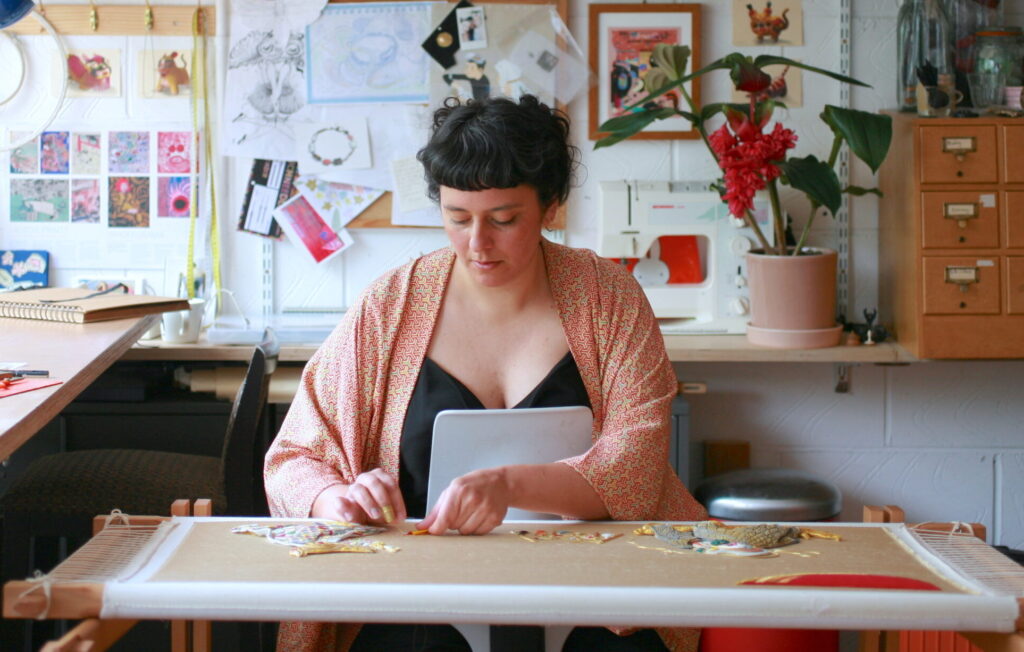 Annalisa is a mixed media artist, specialising in Goldwork, a relief embroidery using gilt threads and wires. After graduating from Dartington College of Arts in 2009 she became a costume maker, which eventually led to her honing her craft as an embroiderer and winning the Hand and Lock prize for fashion in 2016. Her artworks, both intricate and illustrative, explore the versatility of this traditional craft, sculpting themes from folklore monsters, to science fiction technologies.