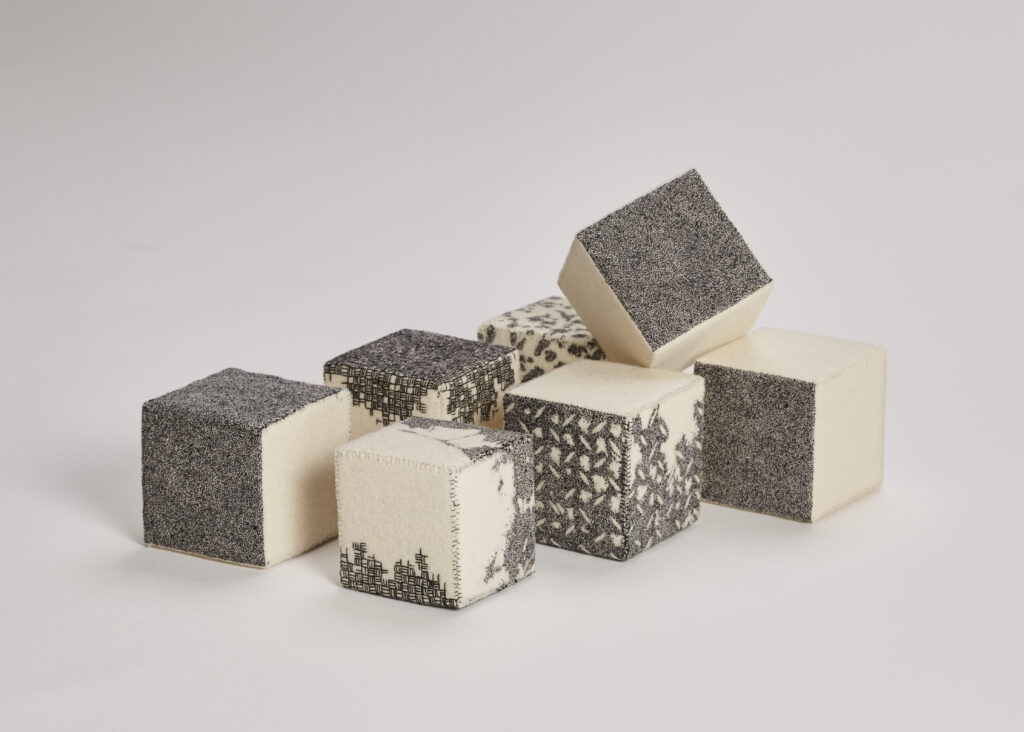 Grant Gibson’s Material Matters is back with the excellent Richard McVetis. Richard is an embroiderer, who is fascinated with time.

Richard is an embroiderer, who is fascinated with time. Each of his, often monochromatic cuboid, pieces is meticulously made to explore the subtle differences that emerge through the ritualistic and repetitive nature of sewing.

More recently, he has taken inspiration from his family’s mining heritage to investigate a story of race and class through stitch. The artist says he uses making ‘to understand the world, to give material form to abstract ideas, making the intangible tangible’.

Richard has shown his work around the globe and has been shortlisted for a number of prizes including: the Jerwood Drawing Prize, and the Loewe Craft Prize in 2018. He currently has a solo show, Shaped by Time, running at Farnham’s Craft Study Centre.

In this episode Grant and Richard talk about: his new show in Farnham; the joy of slowing down and developing patience; drawing with thread; the majesty of the hand; his love of simplicity; the subjectivity of time; gender politics and embroidery; growing up in a mining community and how that has fed into his work; his other career in retail design; and why he never sews in public.