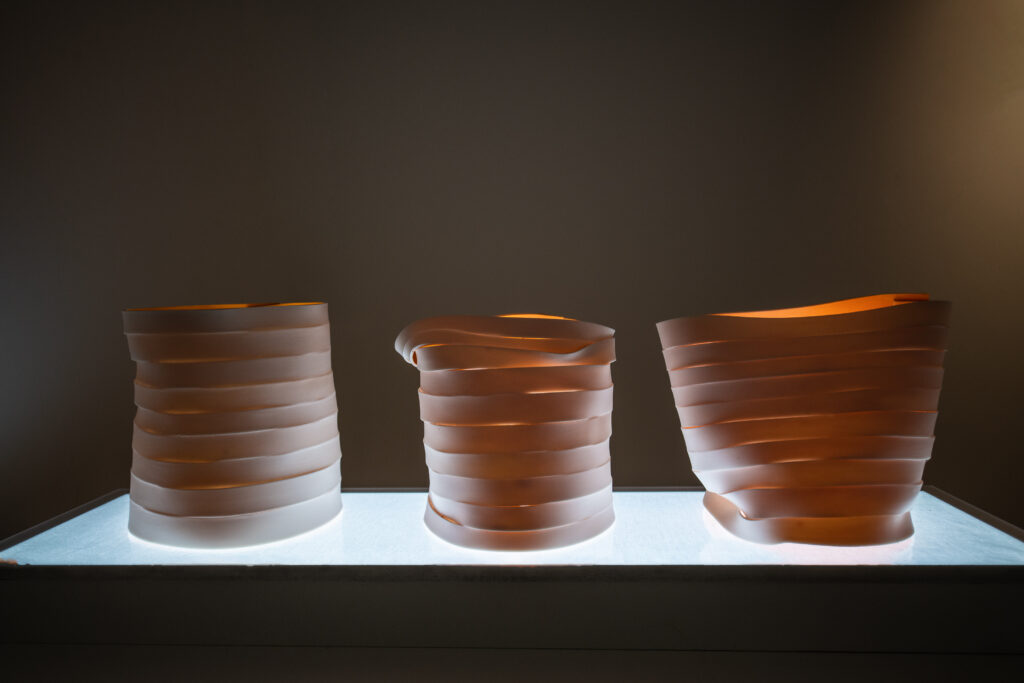 Helen Johannessen, an established ceramist at Cockpit Bloomsbury, was awarded a medal as a finalist in the prestigious President Award for endangered crafts.

The long awaited live event took place on 2nd Feb 2022, along with afternoon tea at the Houses of Parliament.

Helen was presented with her accolade, for commitment to the skills of Industrial Pottery, by Heritage Crafts Vice- President, Baroness Garden of Frognal. She was one of the very first makers to receive the hand crafted medallion, cased in a wooden box made from oak, sourced from the royal grounds of Sandringham.

In 2019, The Heritage Crafts Association (HCA)  published an edition of its ground breaking HCA Red List of Endangered Crafts, which revealed that there were 107 endangered crafts in the UK. Crafts deemed critically endangered range from bell founding and damask weaving to orrery making and reverse glass sign painting. Other endangered crafts include a number of musical instrument making crafts, including brass, woodwind and percussion instruments, harps and Northumbrian pipes.

Applicants for the President’s Award were invited to submit proposals to help secure the survival of their craft, which must be listed as ‘endangered’ or ‘critically endangered’ on the 2019 edition of the HCA Red List of Endangered Crafts.

The President’s Award for Endangered Crafts was established in 2020 by Heritage Crafts Association President HRH The Prince of Wales. Each year the President’s Award presents £3,000 to a heritage craftsperson who will use the funding to ensure that craft skills are passed on to the future.