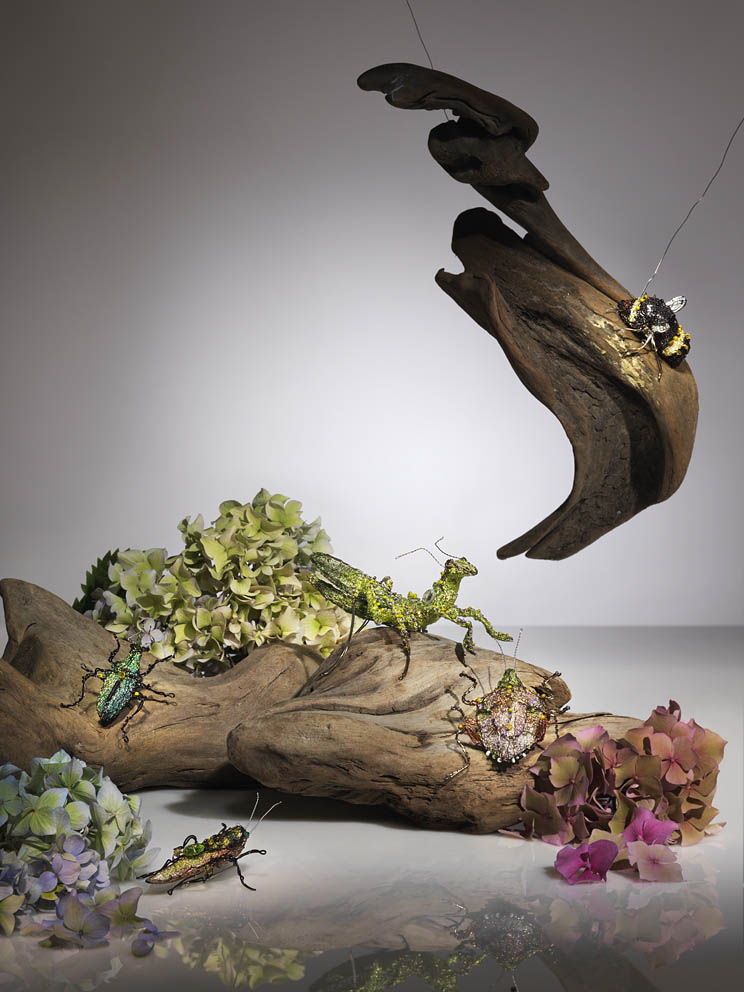 Achieving a BA 1st Class Honours in 3D Design - Silver & Metal, in the 80s Susan's pleated jewellery collections were applauded by the fashion world. Despite this success, she was compelled to pursue her true passion and began making representational works from nature in the 90s. By 2006 Susan had won Gold at Goldsmiths’ Craftsmanship & Design Awards and was commended by Goldsmiths’ again the next year. Her creatures have been sold in Milan, Tokyo & New York. Today Susan mainly works to commission and sells through boutique galleries and luxury stores such as Liberty London and Bergdorf Goodman, New York.

“Green wild places, the sea and the creatures that inhabit them are the most precious things we have. I try to celebrate this wonderful diversity in the things I make.”